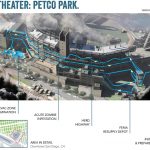 If, like me, you have heard of this awesome event but can’t go and want to know how it looks for reals instead of seeing the planned course etc here’s a vid showing the course from the POV of a survivor.  Sadly he didn’t get too close up to any of the infected so we can check out the make-up but it looks like great fun.

This trailer is awesome.  Simple.  The action looks like it’s going to be ramped up even further, especially during the prison clear out.  From the look of it, Dexter’s demise may make an appearance as in the comic (@2:55) where Lori is reassuring Rick that he isn’t a killer…

The helicopter scene is in but as it cannot follow the comic truly, it may be where Michonne and Andrea use it as a point to converge unwittingly with Rick and the others (@0:19) but the Woodbury crew look to have sought the wreck and leaves Michonne and Andrea in a predicament (@1:32).

The Governor, as much as it pains me to see him look nothing like his comic book counterpart, appears to be a bit more civilised compared to what we’re used to.  Only a bit, though.

From the snippet of Woodbury,  it looks like the story lines in the comic have been merged so that Woodbury is played out like when the group arrived at the Alexandria Safe Zone (@2:42).  So no zombie gladiator events…boo.

Hershel looks like he needs to be introduced to a razor which, ironically, his daughters in the comic were thanks to Thomas – wonder if he’ll be in the show…and if so, how his character comes to life considering his story line can’t stay to the books.

Carol seems to be stepping up to the plate (@3:34) unlike her depiction in the comic…but she may yet become zombie fodder.

Merle is back complete with a deadly prosthesis that reminds me of Robocop 3 with the O.T.T interchangeable arm attachments (@4:01).

One scene which I have watched over a few times towards the end of the trailer looks like Daryl may become a walker (@3:28).  The chocolate covered pretzel and stink-palm combo may be a bit dangerous considering it’s his right hand that’s gone…

So, issue 100 is here and what a fucking awesome issue it is.

100 issues in and the series is going strong.  I’ve said before that the previous issues seemed to get shorter and shorter and, even though this issue is the same number of pages, this one FEELS longer as there’s a lot more going on and a lot more dialogue.

Remember Negan’s crew?  Well, they’re here in numbers.  The character on the cover with the bat is revealed and a major shock which is, somewhat, predictable but at the same time a big shock occurs.

Rick and the crew never seem to catch a break but will they make it to Hilltop and get assistance from Jesus and the others? 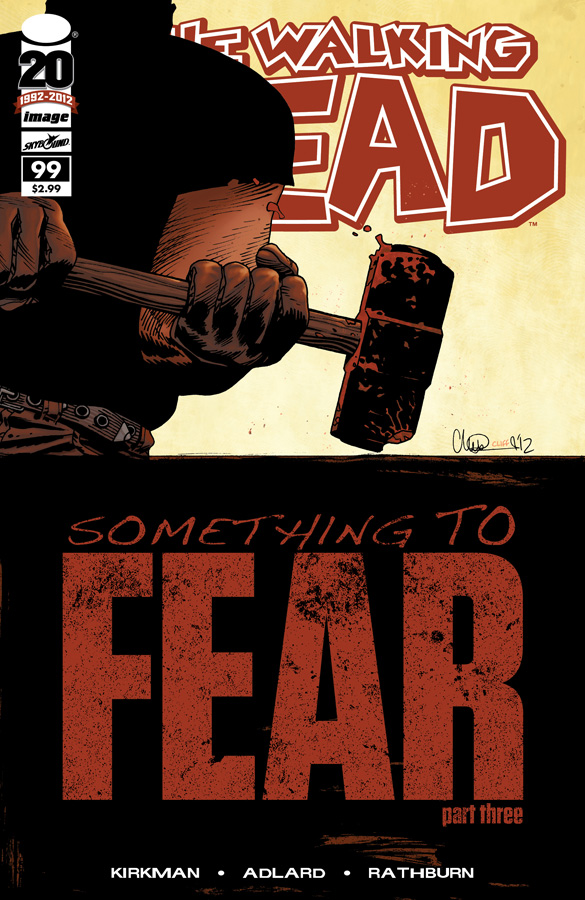 Very late in getting this on the blog – a lot going on.

I won’t say much on this because issue 100 is out and that’s more vivid in my memory as I’ve not long read it but this is basically gearing up for a great centennial issue.

You can sense the tension and it just makes you crave more to find out what’s going on.

As we approach the century mark, the series is taking its traditional ‘unexpected expected’ turns.  This issue is no different.  I won’t spoil it for everyone but you knew shit was gonna hit the fan and you probably saw this coming from the last issue but still part of you will be surprised they just did what they did because we want Rick and the others to have some fucking joy for a change.

What I will spoil, which you would’ve seen coming, is Rick gets laid.  Not bad for a one-handed bloke with mental issues.

As always, the issues just seem far too short and I feel a bit miffed when I get to the last page and realise my fix has been a short-term one and I must wait for more.  Now I know how a ripped-off crack-head feels like!

Anyways, if you haven’t read it yet, get it now.  I’m sure you’ll enjoy.  If you have already read it, leave your thoughts and comments below. #97 is out and it is good.  The comic starts with a very positive vibe and a kick ass segment between Rick and Negan’s groups.  Life seems good.  But we know that in real life, and especially in the turned world of The Walking Dead, life is never good for long before another rift in the fairytale reveals itself. 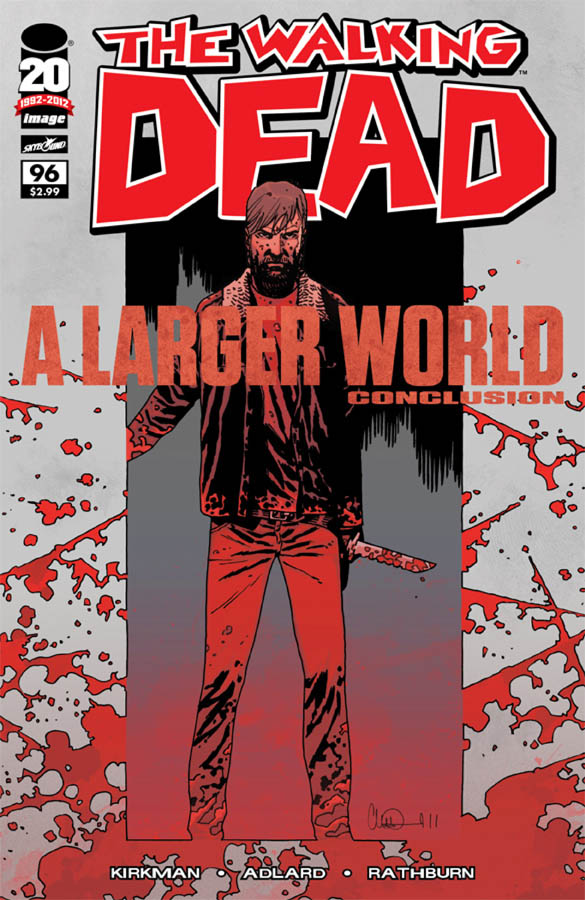 ‘A Larger World’ concludes and we get one step closer to issue #100.  So, as this arc concludes, has Rick fucked things up like he always does and ruined something good before he and the group have even had a taste of this sweet new life before them?  Or is there a shred of humanity left within Rick that Jesus and the others see and can identify with and all is forgiven?

Check out the little preview below. So we know the prison and The Governor are in for season 3.  But what else will be in or out?

I’ve had conversations with a few people I know and there are mixed feelings/opinions regarding what we all think will be in or out.

A lot of the psychological content from the comics will be stripped regardless – the lack of Tyreese as a character who went off the deep end in the comics, the twins being taken out by Thomas plus Rick’s trip back to the original camp outside Atlanta to finish Shane off when he realised that they’re all infected and that the bites aren’t the cause – death is.

One thing that has been confirmed is that Merle will be returning.  This may mean that Rick won’t undergo the loss of a hand at the whim of The Governor seeing as there is already one handicapped group member.  Or, The Governor may finish the job and take Merle’s other hand?

My initial thoughts from when we saw the group that Rick, Hershel and Glenn encountered in season 2 is that they may be a scavenger party from Woodbury and just a taste of what’s to come.  It also turns out that The Governor isn’t actually Philip Blake but his brother Brian (read Rise of The Governor novel for the back-story).  In this regard, I can understand the casting of David Morrissey based on Brian having been a pathetic loser in the eyes of his younger brother.

So even though there may be a lot of potential disappointment with the amount of content not carried over from the comics, the entertainment value (if the previous episodes are anything to go by) will be through the roof as the series progresses in leaps and bounds.

What’s your thoughts/hopes/fears for season 3?