Welcome to WordPress. This is your first post. Edit or delete it, then start writing!

Welcome to Nerdful Things Sites. This is your first post. Edit or delete it, then start blogging! 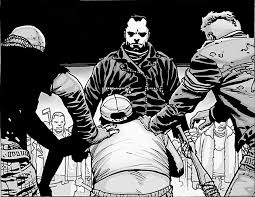 I’ve been wondering for a long time how Negan would work – considering the amount of swearing prior to Negan’s comic book appearance that the show lacked…this guy swears like me – every fucking other fucking word fucking is fuck or fucking <fucking>.

It’ll be interesting to see how they integrate him and, given how bloody his scenes in the comic get, how the show will adopt this new found madness.  I mean, TWD comic virgins no doubt thought the Governor was bad but shit…Negan makes the Governor look like a fluffy teddy bear being carried by a dawdling zombie girl!

One thing is for sure – I cannot wait!

What Was The Song On The Walking Dead Season 5 Trailer?

The music video reminds me of The Walking Dead – especially the start with the black and white and gritty look.

Check this awesome video out!

So it’s a wee bit late but OMG, the trailer was epic!  If you haven’t seen it, check it out below:

So, yes it’s more of the same for those of us initiated in the ways of TWD…another bad group, fighting the living to survive, trust issues…all ground that we’ve shuffled over before.  But do we care?  No and yes.  We care because we sooo want Rick and co to catch a frigging break.

Those that read the comics know that, no matter how promising a situation looks…something comes and fucks it up (the Governor, Negan…cannibals).  But, 5 seasons in, even the non comic readers should have grasped this by now!

This season looks to be more action packed.  Lots of firefights, zombie stabbing and slashing and also fraught with tension due to the trust issues with the Terminus gang – folks being helped back there to keep Rick and co in line while they go off on what seems to be Eugene’s quest for Washington – does Eugene’s secret come out in time for the mid-season break?  Will his story be like the comic?  Will the find Hilltop on their travels?

So many questions but one thing is for sure – the rollercoaster ride is gonna kick it up a notch or 2!

Another sales plug – got a few Walking Dead MiniMates available eBay – featuring Michonne, The Governor, Lori and a few others!

Feel free to check out the other items on eBay too! 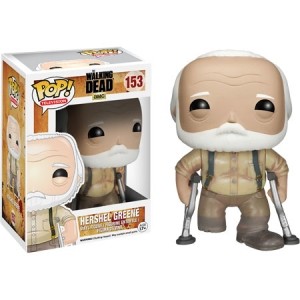 Hey folks! The Nerdgazzum Store has had an update to include some of the newer Funko POP! Vinyls such as Carol, Hershel and a few others.  Check out the full range of Walking Dead merch here!

The reveals at last years SDCC were pretty damn exciting – from toys to TV show it was spectacular.  I’m even more excited about this year – the above pic is a teaser on The Walking Dead site (source: SDCC 2014 – Final Teaser Image).

McFarlane Toys are always awesome but it’ll be interesting to see what the churn out as well as the other manufacturers.

END_OF_DOCUMENT_TOKEN_TO_BE_REPLACED

Back From The Dead

It’s been a LOOOOOOOOOOOOOONG time since this blog had any fresh content but I’m reviving it!  The name alone is too cool to let it die a lonely, sad death!  It’s old home will be retired and it shall now sit cosily amidst the Nerdgazzum Network – 3 blogs and growing!

So I figured I’d welcome you to this Dead-centric blog by drawing your attention to the Walking Dead products live on the Nerdgazzum Store and advise you that a few folks have come on board to assist with content on here to keep the old beast going.  So do open, we’re not all dead inside.

END_OF_DOCUMENT_TOKEN_TO_BE_REPLACED

My Take On Season 3

Having watched the trailer for season 3 around 6 or 7 times now, I have a few ideas which kinda tie in with my post breaking down the trailer as I saw it.

First of all, Woodbury looks like it may be merged with the Alexandria Safe Zone part of the comic with the sense of community we briefly glimpse when the Governor is talking to Andrea & Michonne.  I think this makes sense, as, to be fair, Rick and co end up in a few different locations on their travels but the show may be going for a more dramatic and desolate vibe which would be achieved by merging the two locations.

Rick is unlikely to lose his hand as happens in the comic as Merle (who will be returning) has lost his so it looks like part of Rick’s story where certain pieces centre round the hand loss could be played out by Merle instead although the zombie gladiator scenes are unlikely to show unless that’s something AMC are keeping up their sleeves to lead the comic fans off the scent until it just hits you.

The helicopter is going to take us down a different route as to the comics as Andrea & Michonne spot it from the freeway and clearly head there only to be discovered hiding in the woods by the Governor and his crew.

Michonne is seen to be standing, at one point in the trailer, in what seems to be a depot which could also be the National Guard depot that Rick’s group get fuel etc then choose to blow it up to stop the Governor and his folks refuel. So this could play key to Andrea & Michonne’s escape.

Daryl’s “Who are you?” scene whilst clearing the prison indicates that Rick and the gang may stumble across Axel, Andrew, Thomas and Dexter.  Or just one.

When Lori is trying to assure Rick that he’s not a killer, it sounds like he may have popped someone off and played it off like it was during the confusion – Dexter?  Let’s hope so.

Michonne’s swordplay appears very soon into the trailer and she seems to be as kick ass as in the comics but her rape scene is unlikely to be shown which again would mean the whole gladiator concept won’t be included.

The Lori death scene is unlikely to be cast because viewers probably won’t take to the concept of her baby being killed but because fans have this dislike towards her due to her ‘Wormtongue‘ role between her and Rick (especially in regards to the Shane issue previously) then she may very well die but the little bundle of joy could survive.  Or she may have a miscarriage which would be less traumatizing to the audience as there’s no visual of anything untoward…

Obviously the trailer hasn’t even scratched the surface and there is apparently something in season 3 that comic book fans and viewers won’t expect.